Did you stop drawing sometime during childhood? Have you ever wondered why you gave up an activity you enjoyed so much as a child? Children tend not to worry about what other people think of what they draw. They draw without thinking twice. Most of us, however, stop drawing once we reach adolescence. Survey data demonstrates that children already draw less and less at the primary school level. This is often referred to in technical terms as the “drawing crisis.”

“It usually begins some time during adolescence, but we see that the crisis is occurring in progressively younger children," says Professor Ingeborg Stana. "Some children stop drawing when they are around the age of nine or ten.”

Stana is a professor of visual art at OsloMet and has written a number of scientific articles on the topic of creativity. Stana is  an artist herself and teaches drawing to both students and people in managerial roles in the public and private sectors.

She explains that as they grow older, most children increasingly want to draw things more realistically. When children see that their drawing does not resemble the real thing, they experience a crisis.

“What they are drawing does not look ‘real’ enough, in their own words. The critical voice inside them says that the drawing is not realistic enough. This leads many children to stop drawing.” 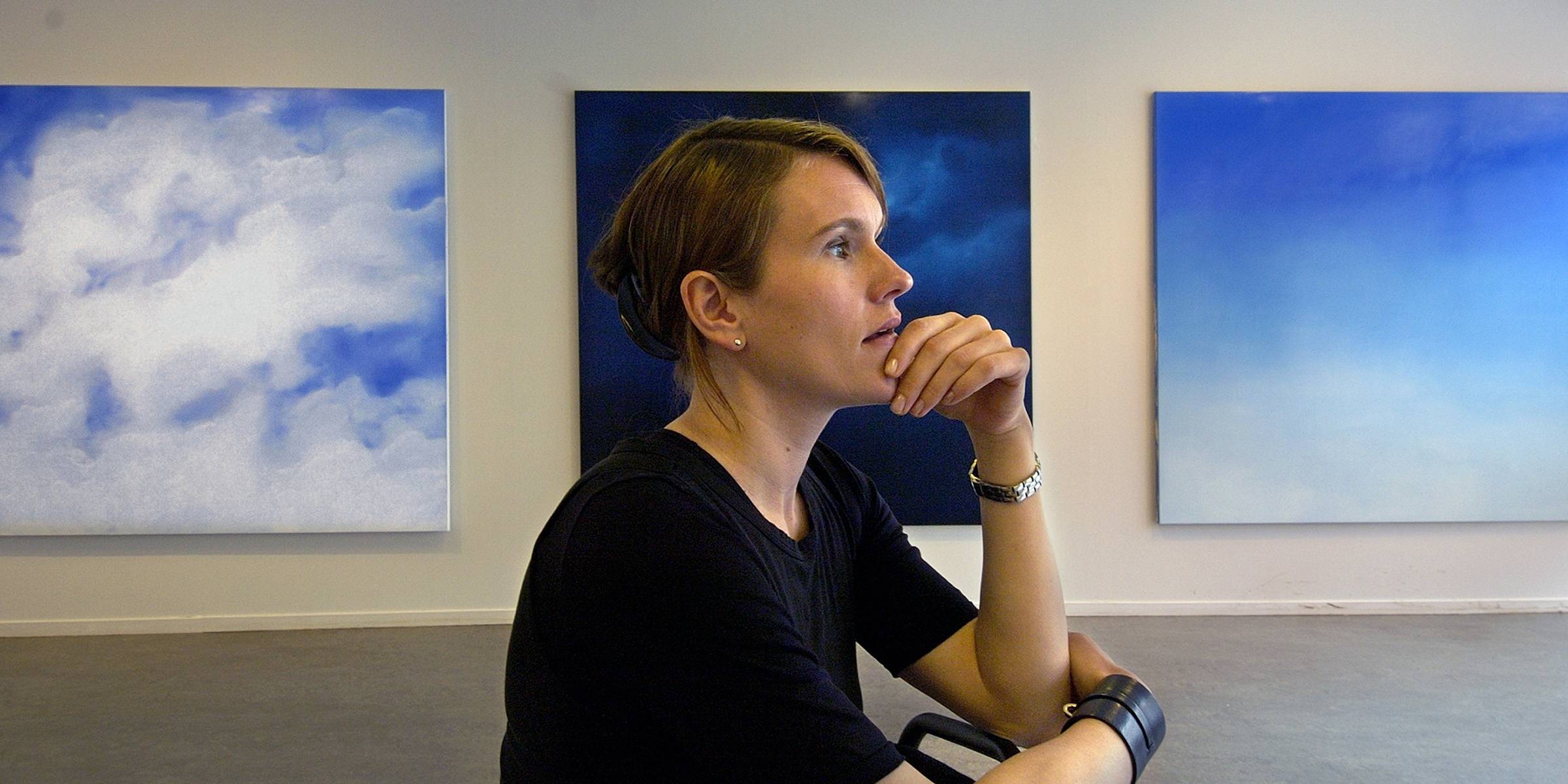 Drawing helps improve coordination
Stana believes that, in order to rediscover the joy of drawing, we need techniques to overcome our inner critics.

“Sometimes, that critical voice can be useful, but not when you’re taking up drawing again.”

Blind drawing is an example of an exercise where you simply can’t be critical. You just put the pencil to the paper and draw what you see, without looking at the paper or lifting your pencil.

“It’s not about beauty on paper, but an exercise in seeing,” the professor explains. “We draw what we see and not what we think we see. When I do this simple exercise with students, they are surprised at what they learn about their own observations.”

There are many reasons adults should consider beginning to draw again. “One of them is the fact that you enhance the coordination between your brain, eyes and hands,” Stana tells us.

“The more you practise drawing, the better you become at it,” she goes on to say, “and the better your hands, eyes and brain work together. Your hands become an instrument that helps you to express ideas, thoughts, and your observation of the world around you.”

She mentions croquis drawing as an example, which is an exercise where you make quick sketches of live models, usually in just a few minutes. The purpose is to train the coordination between your hands, eyes and brain.

“Just like a football player needs to practise coordination, a croquis session stimulates this skill. You practise making your hand capture what you see and what you think, while at the same time increasing your tolerance of making mistakes. The fear of making mistakes is the main reason many people stop drawing.”

Drawing cultivates creativity
“What happens when I teach croquis is that the students need to turn off their inner critic. There’s simply no time to be critical.”

Croquis is about capturing your overall impression and what you see as the essence of the motif, for example a movement or light and shadow, the professor explains. After the session, you can analyse the drawing, but not while you’re drawing.“

When we draw, whether consciously or not, we make decisions about what the drawing depicts,” Stana continues. “Later, we can see what needs fixing. This helps to improve decision-making skills and problem solving.”

Research has shown that switching between the hemispheres helps us to think more creatively. Using both the left and the right hemisphere activates large networks in all parts of your brain. In other words, it is good for creativity.“

Developing the abilities to analyse and visualise is a good reason for drawing,” Stana tells us. “It gives you access to a communicative tool that is useful not only for art students, but also for architects, photographers, designers, and other professions where dissemination is important.”

Drawing can help you concentrate better
Enhanced concentration is another useful benefit of drawing.“

Some people are not used to focusing on more than one thing, but drawing is about losing sense of time and place and forgetting about yourself. I see it so clearly when the students are doing croquis. The level of concentration during those minutes of drawing is just amazing.”

Studies even suggest that drawing can yield important health benefits, primarily by making you relax and helping reduce stress.

Professor Stana mentions Carl Jung, who used drawing in his therapy. His studies showed that the use of mandalas, meaning circular shapes with patterns and symbols, had a calming effect on patients. Drawing exercises also made it easier for patients to express their thoughts and feelings.

Other studies have looked at the effect of drawing on reducing traumas and post-traumatic stress disorder. The studies were carried out by researchers in the US and clearly showed that drawing affects people’s mental state and mood.

In addition to a calming effect, drawing also brings the joy of creating something.“

Making something out of nothing makes us feel productive,” says Stana, before adding:

“What could be better than being able to fill a blank page and making our ideas and thoughts come to life?”

Drawing skills are increasingly in demand
A new trend Stana is seeing is employers asking for drawing lessons. This is because managers are interested in becoming better at using visual communication.“

Managers primarily consider drawing to be a practical tool for illustrating concepts in a workplace setting,” Stana says. “The use of visual effects, such as hand-drawn presentations involving both words and images, can make complex issues more understandable, thereby making it easier to engage with participants.”

“The strange thing is that we live in a visual culture, and yet how we use or perceive visual effects differs greatly,” the OsloMet professor goes on to say. Many of us still have a long way to go in terms of training our eyes. Being able to read or pick out the visual effects in an image makes you less likely to be influenced by them.”

“Visual effects often help us to understand large quantities of data that our brain is unable to understand through figures or words alone. They help us to create mental images of the world around us,” explains Stana.

This is useful for several reasons. We can draw up plans and diagrams of things or ideas we want to create, or images of how a system works.

Consider keeping a sketch journal
“Anyone can learn how to draw,” the professor insists. “Practice makes perfect. If you want to improve your drawing, you need to draw a lot. A good idea is to keep a sketch journal and to do a small drawing every day.”

“Little by little, your skills will improve,” Stana assures us. “Gradually, you will start drawing from your imagination and how you see the world.”

She adds that many beginners draw from a photo—often photos from Instagram and the internet that they copy.

“I would say that’s a bit strange, as you get a two-dimensional image to draw that the photographer has already altered.”

“If you’re going to learn how to draw from scratch, it’s a much better idea to look at the objects around you and try to capture them as you see them,” Stana advises.